I greeted the New Year a little unhappy

As, in the middle of my vacation, I caught my annual cold (and that virus…

Just finished the first of the last

Actually, it was last week, but I've been too busy with other (secret) projects to…

The Paper of Record Just Recorded They’re All Right with Racism. Really. 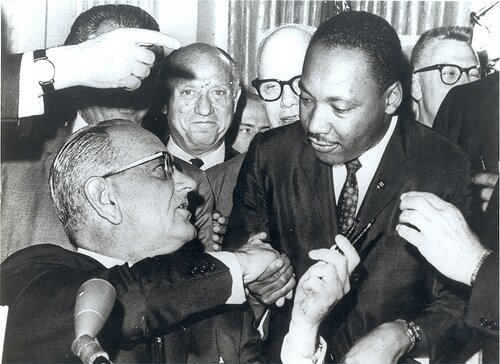 One of my personal failings (well, the only one I feel like admitting) is I have a strong fairness impulse. It was the whole Martin Luther King thing, judge people by the content of the character not the color of the skin. My father, who had grown up in the deep South surrounded by virulent racism, introduced me to the concept, mostly by the way he lived his life, treating everyone he met with the same courtesy, fairness, and respect.  It was what made me a nascent liberal as a young man. That belief in fairness was the same thing that drove me away from Liberals. Growing up, my experiences with other kids growing up were a lot like the Woody Allen joke about going to youth camp “…where I was sadistically beaten by children of all colors and creeds.”  Those encounters made it clear to me that “jerk” was a choice not limited to any race, sex, or religion.  Thus I was rather heretical toward the idea that People of Color were actually Saints of Color. I noticed that Liberals were quick to offer dispensation for the crappy behavior of individuals who could be identified as a SOC. As an adult, I discovered that merely pointing out said excusing of such unacceptable (from anyone not a SOC) actions made me a racist, of course. Silly me, I thought I was being principled. And this was well before I witnessed the amazing moral and political gymnastics feminists were capable of when “their” President (Slick Willie Clinton) was exposed as a serial sexual predator.

I am the footer call-to-action block, here you can add some relevant/important information about your company or product. I can be disabled in the Customizer.
Get In Touch
Copyright Your Business LLC. 2021 - All Rights Reserved
Back To Top